South Africa arrive in Pakistan for historic tour after 14 years 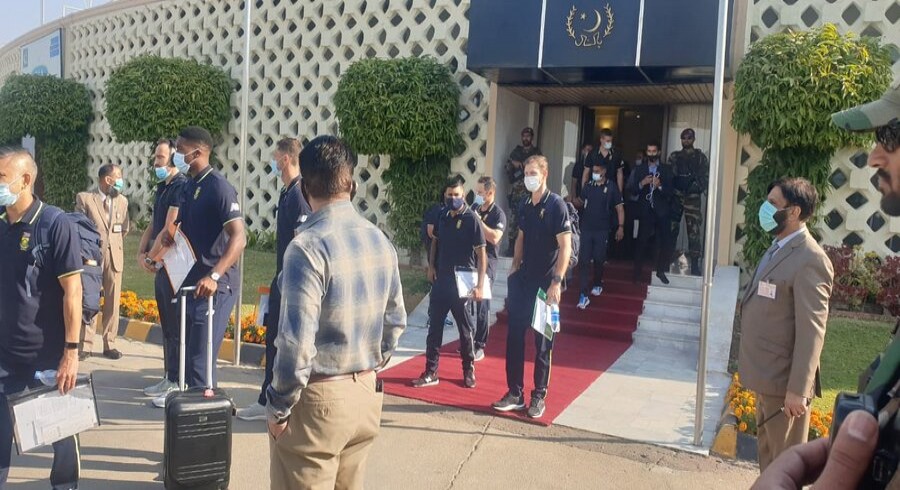 The Proteas reached Jinnah International Airport, Karachi through a chartered flight. All members of the South African contingent will undergo Covid-19 tests upon reaching their hotel.

Proteas touchdown in Pakistan for the Test and T20I series#WelcomeToPakistanpic.twitter.com/jOwg586YjJ

South Africa will play the first Test at the National Stadium in Karachi from January 26-30. They will then travel to Rawalpindi where the second Test will be held from February 4-8.

The iconic Gaddafi Stadium, headquarters of Pakistan cricket, will be the venue of the three T20Is, which are scheduled for February 11, 13 and 14.

This is South Africa’s first visit to Pakistan since the 2007 tour when they won the Karachi Test by 160 runs to clinch the series 1-0. The subsequent series in 2010 and 2013 were played in the United Arab Emirates.