Here is a closer look at some of this week’s best matchups available only on NBA League Pass.

To get the week started, we have the second meeting of the season between the Kings and Pelicans. Based on their first game on Jan. 17 — a 128-123 Pelicans win — this is a must-see matchup.

The Pelicans got the best of the Kings in Sacramento thanks to Zion Williamson’s dominant performance. Zion finished with 31 points on 13-15 shooting from the field — all of his buckets came in the paint, including a few rim-shaking dunks.

For the Kings, De’Aaron Fox scored career-best 43 points and dished out 13 assists for the first 40-point, 10-assist game of the Sacramento Kings era (since 1985).

Bradley Beal vs. Damian Lillard. It’s a matchup of the No. 1 and No. 3 scorers in the league headed into Week 7.

Beal is averaging a league-high 34.9 ppg (a 4.5 ppg jump from last season) and is coming off a 37-point night in Washington’s wild win over Brooklyn on Sunday.

Lillard is averaging 29.6 ppg (nearly matching his career high of 30 ppg from last season) and is coming off a season-high 44 points, including the game-winning three at the buzzer, in Chicago on Saturday.

There have been 28 40-point games across the NBA so far this season; Beal leads the way with three of those performances, followed by Lillard, who is tied for second two a pair of 40-point games in the books.

It’s not just about this season’s leading scorers, this game could also see Carmelo Anthony make another step up the all-time scoring leaderboard. He enters the week needing 21 points to pass Dominique Wilkins for 13th on the all-tine list. The Blazers open the week against the Spurs on Monday, so Melo may have already passed Wilkins or may be on the verge when the Blazers face the Wizards on Tuesday.

From the NBA League Pass Season First Half Watch Guide:

Luka Doncic vs. Trae Young. The two young stars will forever be tied thanks to the Draft-night trade that landed them in their respective cities. Moreover, Young and Doncic are two of the most dynamic young players in the game today as they finished last season fourth and sixth, respectively, in NBA scoring and second and third, respectively, in assists … in just their second season.

The Clippers enter Week 7 with best record in league (16-5) and own the top spot in this week’s Power Rankings. The Clippers have won three straight and 10 of their last 11 games dating back to Jan. 10. After each missing five days due to health and safety protocols, Kawhi Leonard and Paul George have been back in the lineup for the past two games and have the Clippers rolling.

They now face a Cavs team with a penchant for knocking off top tier teams, with a pair of wins over the Brooklyn Nets and a win against the Philadelphia 76ers. Collin Sexton has been one of the breakout stars of the 2020-21 season and his scoring is imperative to Cleveland’s success. The Cavs are 6-1 when Sexton scores at least 25 points … and 1-7 when he’s held below 25 points.

The Grizzlies (six games) and Rockets (five games) enter Week 7 riding the two longest active win streaks in the league. Can they keep those streaks alive before they clash on Thursday?

Memphis opens the week with road games in San Antonio and Indiana before returning home to host the Rockets. Houston opened a four-game road trip with a win in New Orleans on Saturday and has a two-game series in OKC before concluding the trip in Memphis on Thursday.

The Grizzlies were riding a five-game win streak when they had a trio of games postponed due to health and safety protocols. The time off did not slow their momentum as they beat San Antonio by 17 points in their first game in 12 days on Saturday. The key for the Grizzlies has been balance with six players averaging at least 12 points per game during their six-game win streak. 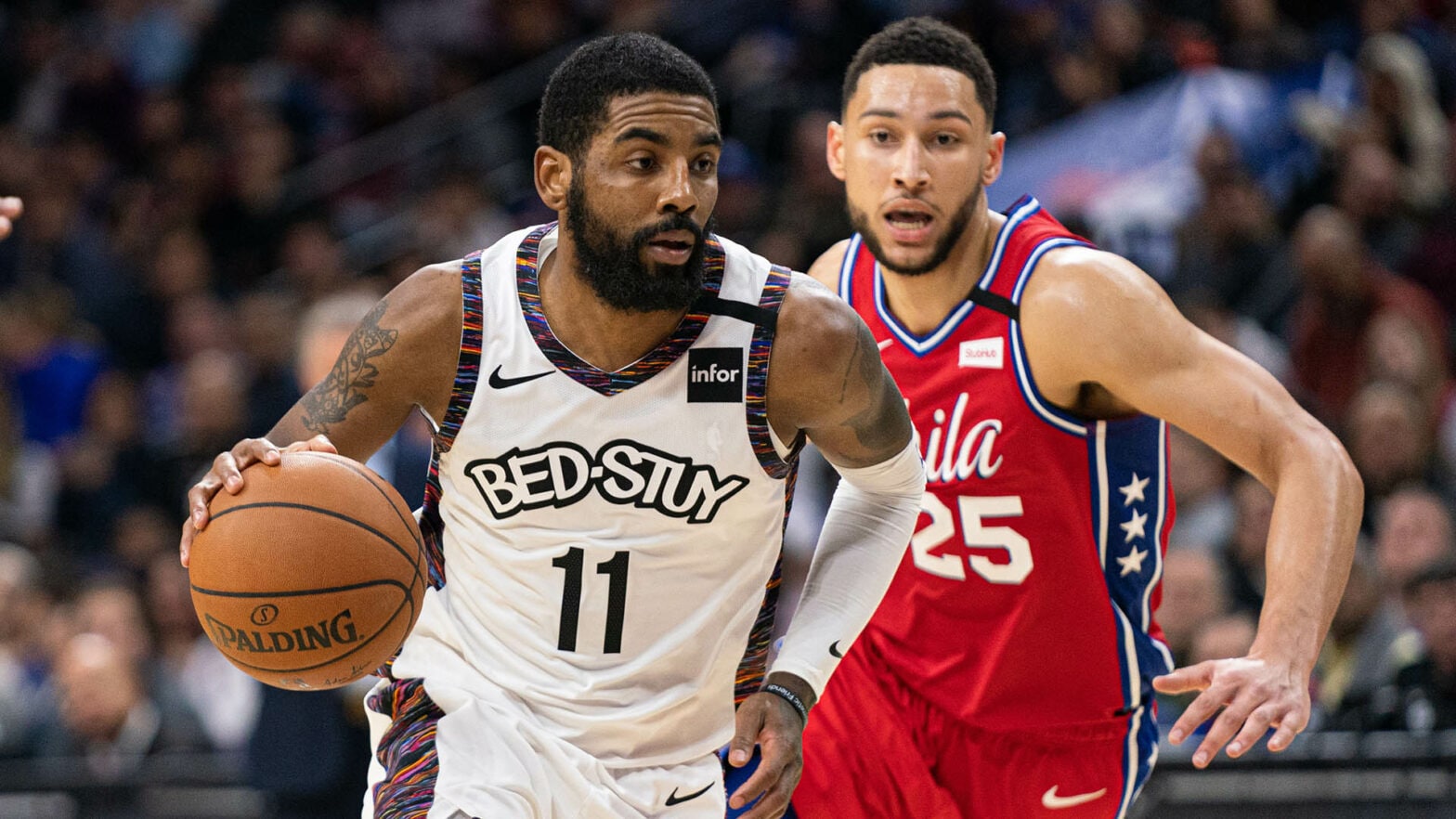 There will be star power aplenty when the Sixers and Nets meet this week.

The top two teams in the Eastern Conference meet for the second time this season. Brooklyn won the first meeting with Philly on Jan. 7 despite not having any member of the Big 3 on the court — Kyrie Irving and Kevin Durant both missed the game, and this game took place prior to the James Harden trade. The Nets are 3-1 when Irving, Durant and Harden share the court.

With this game on Saturday, hopefully Harden (thigh contusion) and Joel Embiid (back soreness) will be in the lineup as both missed games this past Sunday. In what could be a potential playoff preview, we want to see both of these teams at full strength to get a real sense of how they match up against one another.

From the NBA League Pass Season First Half Watch Guide:

It is a matchup of the top two picks in the 2019 draft — No. 1 Zion Williamson of New Orleans and No. 2 Ja Morant of Memphis. That order is flipped when it came to Kia Rookie of the Year voting as Morant edged out Williamson after he was limited to just 24 games due to injury. Both players enter the 2020-21 season with a clean bill of health and an ability to create a season-shaking highlight at any given moment.

Lady Gaga speaks out after dog walker is shot, search for stolen dogs continues: ‘My heart is sick’

Feast Your Eyes on This Mind-Blowingly Close Photo of Venus

Eating More Of These Foods Can Offer A Super-Duo Of Benefits, Research Suggests