Pakistan is strategically located at the juncture of South Asia, Central Asia and Middle East and has vast potential to emerge as a hub of regional connectivity and economic activity, said Indonesia’s Ambassador to Pakistan Adam M Tugio.

Speaking at a virtual gathering on Monday, he said his country welcomed Pakistan’s efforts to enhance regional connectivity and development through the China-Pakistan Economic Corridor (CPEC).

“I am confident that CPEC has immense potential to create diverse investment opportunities and promote industrial, financial and agricultural cooperation,” he said. “Indonesia is considering Pakistan as its diverse investment and joint venture destination for its key exports to the Central Asian and Middle Eastern regions.”

He stressed that Indonesia and Pakistan, with combined population of almost half a billion, were the two emerging economies of young and talented people and there existed immense potential for trade, investment and economic cooperation between them.

Pointing to the preferential trade agreement (PTA) signed between the two countries in 2012, he said it was not just a tool to elevate the bilateral trade volume but also a manifestation of common desire to further develop special ties through enhanced economic cooperation.

He pointed out that following the implementation of PTA, trade surplus widened increasingly in favour of Indonesia.

“To make PTA equally favourable for both countries, Indonesia agreed in 2019 to grant unilateral concessions on 20 additional tariff lines of Pakistan’s export interest,” he said.

According to him, education is one of the potential areas which can benefit people of the two countries.

The envoy cherished that in recent years, academic cooperation saw a significant improvement as a number of memorandums of understanding were inked between universities of the two countries while more were under process or consideration.

He lamented that despite cordial ties between the two countries, the two-way tourist traffic stood negligible.

“Recent statistics suggest that tourist arrival in Indonesia from Pakistan remains low even when compared with other countries in the South Asian region,” he said. He highlighted that Indonesian President Joko Widodo visited Pakistan in 2018 to set a new dynamism in bilateral relations between the two countries.

As a special gesture from the democratically elected leader of the largest Muslim populated country and fourth largest democracy in the world, President Widodo addressed the joint session of parliament in Pakistan, he pointed out.

The envoy said that Widodo became the second president of Indonesia to address the joint session of parliament after President Dr Ahmed Soekarno, who had addressed the highest institution in 1963. Referring to the Association of Southeast Asian Nations (Asean), he said the two nations fully realised the importance of cooperation at multilateral forums. 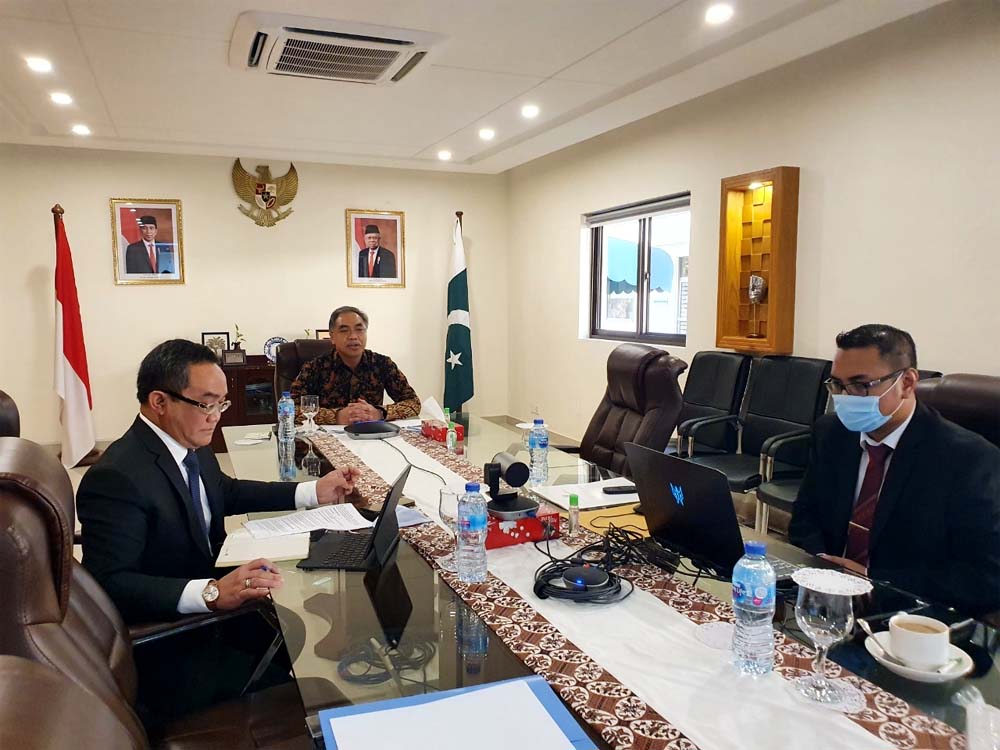 Tugio remarked that both countries had worked closely on major regional and global issues and continued to work with mutual coordination and cooperation at important regional forums including the Asia-Europe Meeting (ASEM) and the Asean regional forum.

“I believe Asean and Pakistan have great potential for cooperation in various sectors as Pakistan’s total trade with Asean of over $7 billion suggests that there is huge scope for Islamabad to scale up its economic engagement with Asean,” he said.

Turkey’s unemployment at 13.1% in March