The launch of Disney+ resulted in huge changes to the Marvel Cinematic Universe; for starters, Marvel Studios is now working on a much higher number of projects than they would have had they stuck to theatrical releases. That led to the end of the Marvel Television era, while this expansion of the MCU means more stories, more characters, and no doubt an even grander master plan.

The series looks set to serve as something of a passing of the torch thanks to the introduction of Hailee Steinfeld’s Kate Bishop, but it sounds like the original plan was for this story to play out in the movies.

“[The] studio initially made a deal with Jeremy Renner to play his Avengers character Hawkeye in a solo movie,” the trade reveals, “before pivoting the project to a Disney+ series that is due this year.” It does make sense to tell this story on the small screen, as Kate now has the chance to shine over a longer period of time, while we can likely even explore Clint’s origin and time as Ronin.

We haven’t seen much more than set photos from Hawkeye yet, but it is still set to be released later this year. However, with Black Widow‘s Florence Pugh set to appear as Yelena Belova, that will need to reach theaters first. How likely that is to happen right now is obviously hard to say.

Click on the “Next” button below to take a look at
the rumoured and confirmed cast members in Hawkeye!

Introduced in the pages of Daredevil, Maya Lopez’s father was killed by Wilson Fisk, the Kingpin of Crime.

Manipulated by the villain into targeting the Man Without Fear after spending years being trained as an assassin, Echo has photographic reflexes not all that different to Taskmaster’s.

One of only a few deaf superheroes, Echo is of Native American descent and was the first Ronin. That ties her to Clint Barton, and it’s possible she’ll be tasked with killing Hawkeye just as she once was Daredevil. Alaqua Cox is making her debut in Hawkeye, and given her age, it seems likely Echo is a strong contender to join the Young Avengers.

This is a great character, and her unique face paint will hopefully be part of Hawkeye too. 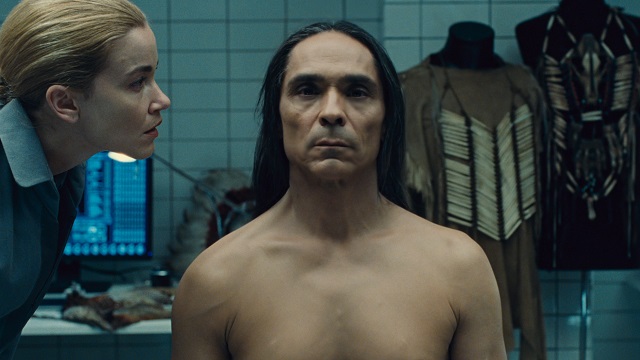 Known as Willie “Crazy Horse” Lincoln in the comics, William Lopez is played by Zahn McClarnon in Hawkeye.

As noted, Lopez was killed by the Kingpin in the comics, and left a bloody handprint on Maya’s face in his dying moments. It was with that same dying breath he asked the man who mortally wounded him, Wilson Fisk, to care for his daughter.

How much of this will be explored in Hawkeye is up for debate, but Fisk is unlikely to appear. 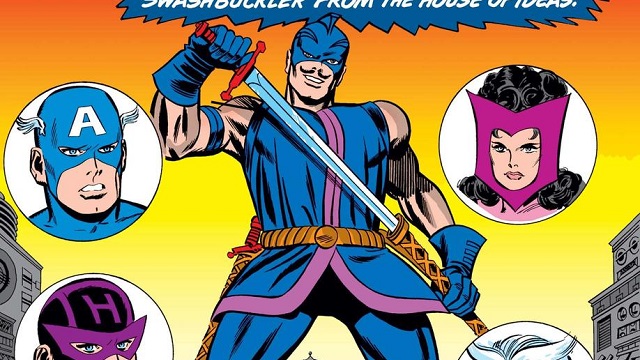 Jacques Duquesne, renamed Jack Duquesne for Hawkeye, started his career in the circus. He spent years training Hawkeye to be his protege, but Clint Barton caught him stealing money from their employers and reported his mentor to the police.

Beating Clint half to death, he went on the run and became the mercenary known as Swordsman.

His story arc has been a fascinating one. Starting off his career as a villain, he unsuccessfully attempted to infiltrate the Avengers, only to be exposed. He would later battle them alongside the likes of Egghead, Batroc’s Brigade, and the Lethal Legion. Meeting Mantis, he found redemption, and joined the Avengers for real.

Tony Dalton is playing Swordsman in the MCU, and if you’ve seen his work in Better Call Saul, you’ll know that he stands to bring a lot to Hawkeye. 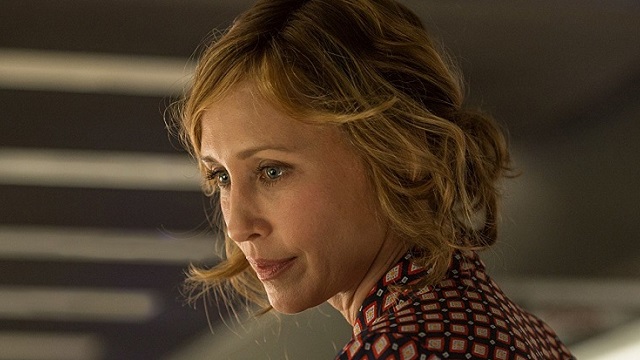 The face of New Line’s wildly successful Conjuring franchise, Vera Farmiga joining the MCU is a huge get for Marvel Studios. However, it’s hard to imagine her only playing Kate Bishop’s mother.

Kate comes from a wealthy family, and her mother was believed to be dead for a long time.

Later, it would be revealed that was was alive and directing the activities of her daughter’s nemesis, Madame Masque. With that villain rumored to appear in Hawkeye, don’t be surprised if the series combines her and Eleanor to create a villain who will up the stakes from a personal level.

Farmiga has also starred in Godzilla: King of the Monsters and Bates Motel. 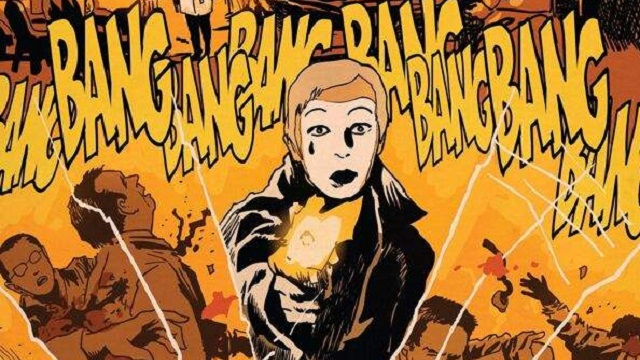 Les Miserables star Fra Fee has been cast as Kazi, a character believed to be Kazimierz Kazimierczak.

Better known as the psychotic Clown, he moved to America after his circus family was killed during an armed conflict. It goes without saying that we’re expecting him to be tied to Clint Barton in some way, but either way, this mercenary will pose a serious threat to both Hawkeyes.

The traumas of his past led him down a dark path, and Clown was tasked by the leader of the “Tracksuit Draculas” to kill Clint, and tormented the Avenger by murdering his neighbors.

He’s unlikely to be Hawkeye‘s big bad, but is a villain worth keeping an eye on. 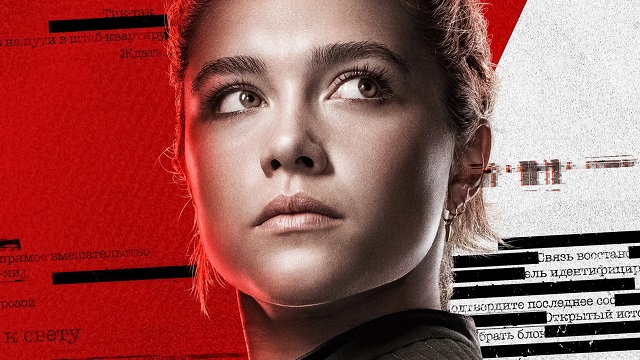 Florence Pugh will make her MCU debut in Black Widow next May, taking on the role of Yelena Belova. Frequently portrayed as a villain in the comics, this version of the character is Natasha Romanoff’s “little sister.”

Without seeing that delayed film, it’s difficult to predict what role she’ll play in Hawkeye.

However, with the Disney+ series set in 2025 (the year after Avengers: Endgame), it seems reasonable to assume she’s now cemented herself as the new Black Widow. If she’s part of General Ross’s Thunderbolts, however, her role in the show could be vastly different to that prediction.

It’s just nice to know Pugh is sticking around. 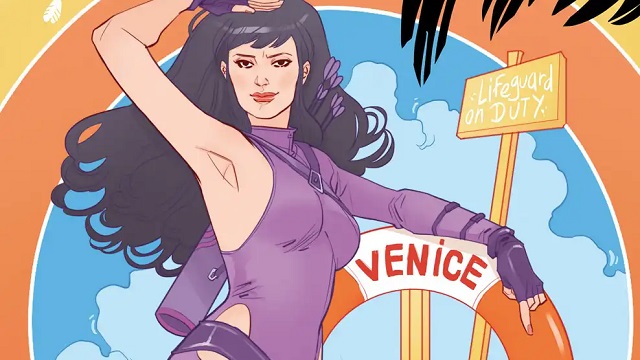 After months of conflicting reports about whether Hailee Steinfeld would be part of Hawkeye, set photos confirmed this week that the Spider-Man: Into the Spider-Verse star is playing Clint Barton’s new protege, Kate Bishop.

A member of the Young Avengers in the comics who took the Hawkeye mantle for herself after Clint’s apparent demise in Avengers Disassembled, Kate later trained alongside the Avenger and a strong bond was formed (albeit one which sees them frequently take shots at each other).

Much more than just a female Hawkeye, Kate is a fantastic character in her own right.

Steinfeld delivered her breakout performance in 2010’s True Grit and has earned widespread critical acclaim for her work in Bumblebee and Apple TV+ series Dickinson. 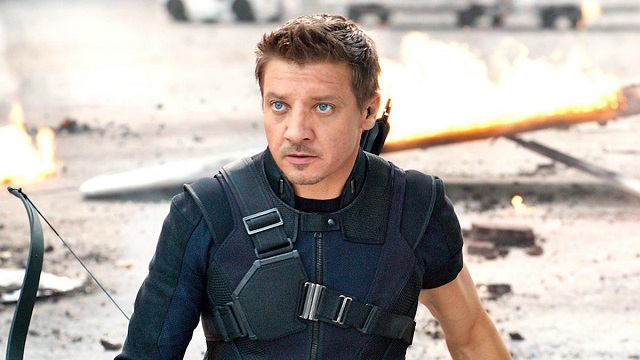 It won’t shock you to learn that Jeremy Renner is reprising the role of Hawkeye in a series named Hawkeye, but the archer has been enough in recent years to justify this show’s existence.

In the five years he spent away from his family, Clint became Ronin and massacred those he felt deserved to die instead of his family. Going down such a dark route won’t be easy to bounce back from, and it could explain why he appears to be living in Brooklyn instead of on the farm with his family.

That’s not the biggest change Hawkeye looks set to have gone through, though.

Set photos have confirmed that Clint is now wearing hearing aids, an indication that Marvel Studios plans to explore the hero’s hearing loss as the comics have in recent years. 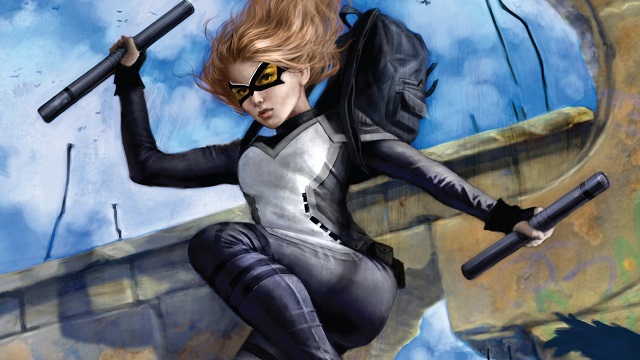 Mockingbird made her live-action debut in Agents of S.H.I.E.L.D., but Adrianne Palicki’s stint as Bobbi Morse was short-lived, and a planned spinoff never went anywhere at ABC.

It’s been rumored that Clint Barton’s ex-wife in the comics will be part of Hawkeye, and if true, it means the character is being rebooted by Marvel Studios. Whether they have a romantic connection now or in the past hasn’t been revealed, but it’s doubtful they were ever married.

With no mention of Mockingbird in that casting news, it’s probably not happening.

However, if we do get to see Bobbi join Clint in Hawkeye, the MCU will have added an important new character who can make an impact in a lot of stories in Phase 4 and beyond. 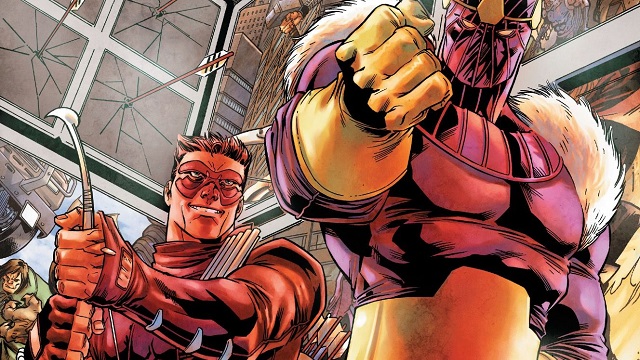 The presence of Swordsman in Hawkeye is a strong indication that Clint Barton’s past will be explored. Because of that, it’s no great surprise that this anti-hero and occasional villain is expected to appear.

An origin story for the former S.H.I.E.L.D. agent is long overdue, and if so, that is almost certainly going to end up involving Trickshot, Clint’s brother.

Clint and Barney grew up in an orphanage together, but later ran away and joined the Carson Carnival of Travelling Wonder as carnival hands. With Clint favored by Swordsman, Barney grew jealous and parted ways with his brother when he joined the Army and later the FBI.

Brainwashed by Baron Zemo after his apparent death, Barney would torment Hawkeye as Trickshot.

According to the Internet, These Are the Best Garment Steamers Around