Furthermore, in a proof-of-concept study involving patients with mild COVID-19, administration of the essential oil mixture significantly improved both general and local symptoms.

Elias Castanas and colleagues propose that if the findings are validated in clinical trials, the essential oil mix (called CAPeo) could provide a novel, inexpensive option for the treatment of mild COVID-19.

A pre-print version of the research paper is available on the medRxiv* server, while the article undergoes peer review. 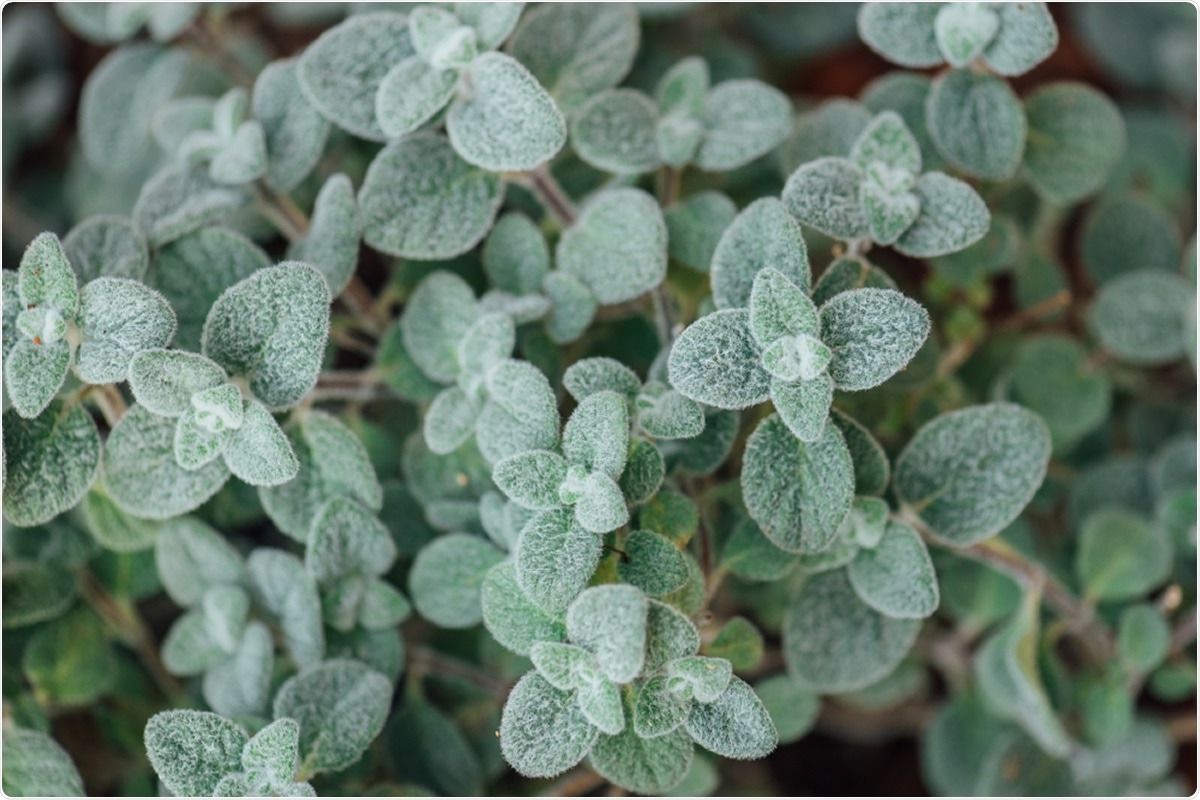 An unmet need for effective therapies

Since the COVID-19 outbreak began in Wuhan, China, in late 2019, unprecedented efforts have been made to develop effective vaccines and therapies to protect against and treat SARS-CoV-2 infection.

Safe and effective vaccines have now started to emerge and various therapeutics are at different stages of preclinical and clinical development.

However, Castanas and colleagues say that although there are some effective therapies for hospitalized patients in intensive care units, the need for inexpensive, safe, and effective treatments for non-critically-ill patients outside of the hospital setting remains unmet.

“Accordingly, drug repurposing for candidates acting against known or predicted SARS-CoV-2 protein actions has been advanced, while natural products have also been tested,” writes the team.

Castanas and colleagues recently proved that CAPeo was effective at reducing the severity and duration of upper respiratory tract viral infections in humans. In vitro studies of influenza and human rhinovirus 14 (HRV14) also demonstrated that treatment with CAPeo inhibited the nuclear translocation of viral nucleoproteins and disrupted the transcription of viral proteins.

Furthermore, the researchers have already reported the safety of administering CAPeo (1 ml/day of 1.5% CAPeo in extra virgin olive oil) in both humans and animals.

“Here, we suggest CAPeo as a potential novel agent, for the safe and effective therapeutic management of mild ambulatory cases of COVID-19,” they say. “It presents remarkable antiviral properties against Influenza A and B strains and HRV14, while it is safe in both experimental animals and humans.”

What did the researchers do?

Now, the team has extended the previous studies to SARS-CoV-2 and assayed the effects of CAPeo on Vero E6 cells infected with the virus.

What did they find?

The study found that CAPeo exerted significant antiviral activity against SARS-CoV-2 in Vero E6 cells at concentrations similar to those the researchers previously reported.

CAPeo reduced viral release into the culture medium by more than 80%. This effect (albeit around 35% smaller) persisted when CAPeo concentrations were reduced to 1% of the suggested dose for humans.

Interestingly, a prophylactic effect was also observed when Vero E6 cells were incubated with different concentrations of CAPeo 2 hours prior to infection.

“CAPeo, in addition to a possible therapeutic action, might be dotted with a prophylactic effect against SARS-CoV-2 virus,” writes the team.

Encouraged by the results, Castanas and colleagues next performed a proof-of-concept intervention involving 17 SARS-CoV-2-positive patients with mild symptoms of COVID-19.

The severity and duration of general and local symptoms among the participants were assessed for 14 days.

“We have chosen this interval as previous studies report a self-resolution of mild COVID-19 cases in 14 or 14-21 days and the persistence of the virus in upper respiratory tract samples for about ten days,” explain the researchers.

Since the study did not include a control group, the team compared the evolution of disease symptoms among the participants against those reported in previous studies of non-hospitalized patients.

What were the results?

The administration of 1 mL per day of 1.5% CAPeo in olive oil significantly improved general and local symptoms among the participants by the end of the study.

At the beginning of the study, the main general symptoms included headache, myalgia, weakness, and fever, in accordance with previous reports, says the team.

However, compared with other study findings, fever was low (less than 37.5°C) in all but one patient.

The frequency of other symptoms (including gastrointestinal, respiratory and ear nose and throat [ENT]) was also low, and the severity mild.

The study also found that significant general symptoms of COVID-19 – namely headache, fatigue, fever –entirely resolved. In contrast, previous studies found that headache and fatigue (but not fever) persisted at 14 days and beyond, says the team.

Furthermore, the majority of both general and local symptoms had almost completely resolved by the end of the first week.

The authors recommend that CAPeo is tested in clinical trials

The researchers say the findings suggest that CAPeo possesses potent antiviral and prophylactic activity against SARS-CoV-2.

“We suggest that CAPeo, pending additional confirmation of results through a prospective randomized controlled trial, may represent a valuable addition for the prevention and therapeutic management of mild COVID-19 ambulatory patients,” concludes the team.

medRxiv publishes preliminary scientific reports that are not peer-reviewed and, therefore, should not be regarded as conclusive, guide clinical practice/health-related behavior, or treated as established information.

No I-T scrutiny on cash deposits up to Rs 2.5 lakh by housewives post-demonetisation: ITAT – Times of India

Tide Is Making Laundry Detergent for the International Space Station