‘Dancing On Ice is a fix!’ Furious viewers lash out after fan favourite Lady Leshurr lands in the bottom two on launch night despite impressive debut skate

By Jason Chester for MailOnline

Dancing On Ice is already embroiled in a fixing row after fans lashed out at the show for underscoring celebrity contestant Lady Leshurr and sending her through to next week’s skate-off.

The popular ITV talent show returned with a new crop of stars on Sunday evening as the 13th series launched at a COVID-19 secure at Bovingdon Airfield in Hertfordshire.

But a faction of viewers were unhappy after the rapper was awarded a collective score of 25 from judging panel following her debut skate with pro partner Brendyn Hadfield – despite other contestants receiving similar scores.

Bottom two: Dancing On Ice is already embroiled in a fixing row after fans lashed out at the show for underscoring celebrity contestant Lady Leshurr and sending he through to next week’s skate-off

The upset was exacerbated by comedian Rufus Hound winning a golden ticket to the show’s much-anticipated musicals week, despite only winning a score of 23.5 for his video game inspired routine.

Taking to Twitter, one unhappy viewer wrote:  ‘@LadyLeshurr was by far the best tonight, was underscored and doesn’t deserve to be in the skate-off! I hope them judges see sense next week and keep the Queen in.’

While a second raged: ‘#DancingOnIce is a fix this year!! How did Rufus get the golden ticket first [of] all? And how is Lady Leshurr out? What on earth lol.’ 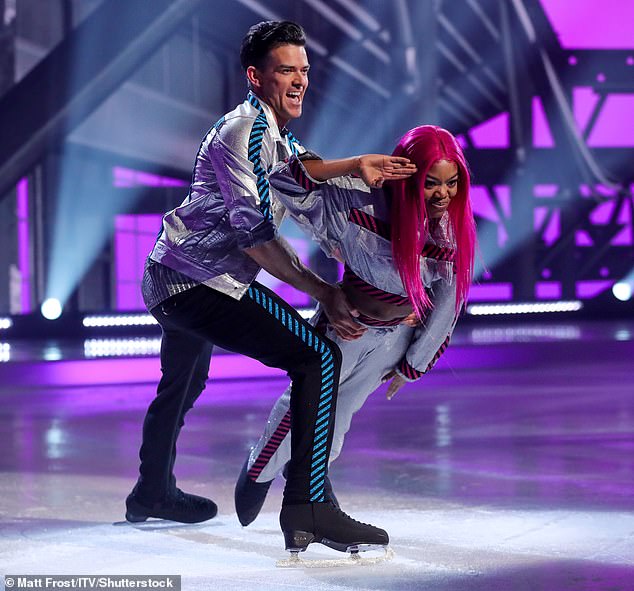 Displeased: A faction of viewers were unhappy after the rapper was awarded a collective score of 25 from judging panel following her debut skate with pro partner Brendyn Hadfield

Weighing into the perceived controversy, a third added: ‘Here’s a hard lesson for you. Dancing on ice is not a talent show. Strictly is not a talent show. They are popularity competitions. Nothing more. I thought Lady Leshurr could actually skate and dance. Unlike others who just clung onto their partners.’

A fourth insisted fellow contestant Denise Van Outen should have been in the bottom two, despite the former Big Breakfast star soldiering on with a dislocated shoulder.

He wrote: ‘no way should be bottom on#DOI but I called it as a lot of people no idea who she is, even though she been around ages… Unfortunately Denise should have been bottom even though I like her and Matt… Last few year shown it’s about popularity not dancing on ice.’

While a fifth added: ‘She is very well known and has been around for years. Why couldn’t dancing on ice viewers at least pay her that respect by keeping her in. Thought it was down to skating ability? Or is it something else. Sorry l get confused with these shows as they end up looking really biased.

‘This is just typical and such a common thing that black and brown people go through on these shows year after year. Most of us were always told from a young age by parents or grandparents that to succeed we have to be 100 times better than Whites to even get a look in. TrueFact.’

Dancing On Ice kicked off with a bang on Sunday night as six of the twelve hopeful celebrity contestants showcased their talents on the rink. 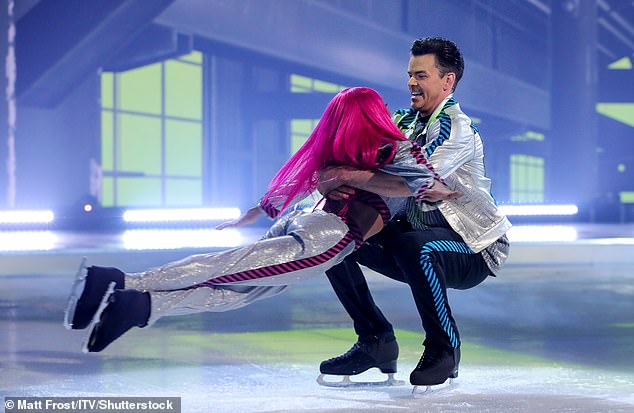 Here we go: Lady Leshurr’s impressive debut skate wasn’t enough to save her from the bottom two – but her score of 25 was no different to the scores awarded her fellow contestants 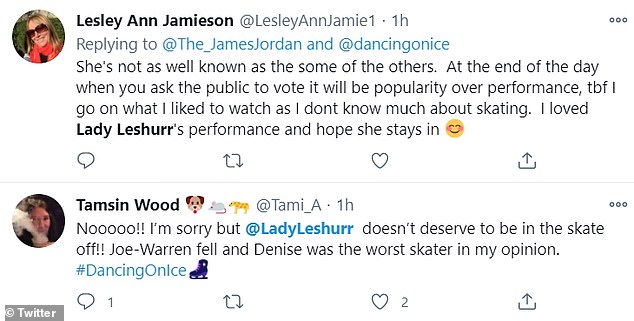 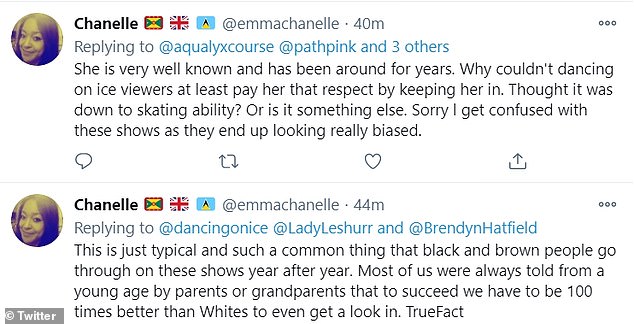 Here we go: The online complaints continued long after the launch show had ended

But the ITV skating contest got political during the action-packed launch show as Rufus Hound slammed the Government over the recent free school meals scandal.

And speaking about how he felt to have secured the ticket, Rufus said it was the ‘least mad thing’ to have happened as he referenced the free meals controversy.

He continued: ‘We live in a world where people we elect don’t want to feed hungry children, this is the least mad thing that’s happened to me in a long time.’

The remaining six contestants will perform on Sunday evening’s show, before the skate off determines which couple leaves first. 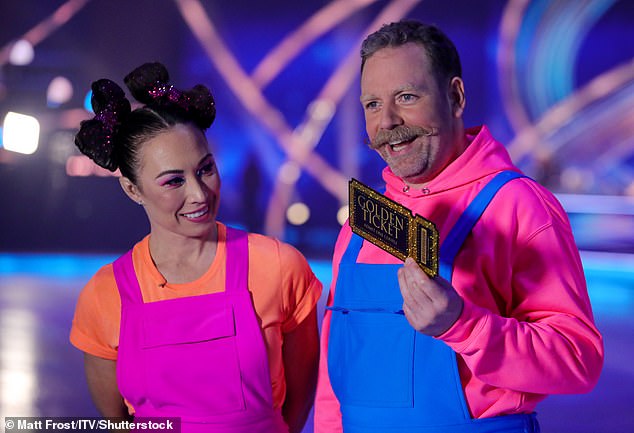 Controversial: Rufus Hound slammed the Government over the recent free school meals scandal after winning a golden ticket to the show’s musicals week on Sunday evening

Bitcoin recoups some losses after dropping below $30,000 | ANC